What is solar max and why is it important? 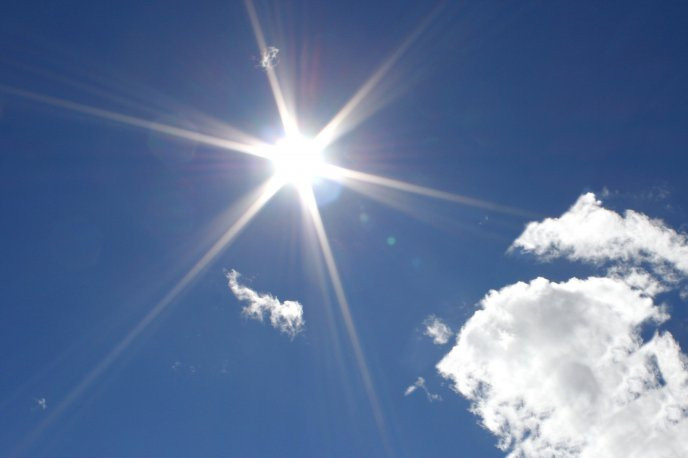 Our Sun. But it is more interesting than it appears…

The sun, a big yellow dot in our sky that provides life to nearly all living things on earth. It is the most important thing in your life, whether you realise it or not. It is so reliable we created seasons around it’s movement (well our movement around it) and it is one of the things that can be taken for granted; it will rise every morning, and it will set every evening. But is that all there is to it?

If you look very closely at the sun, you will see it actually has it’s own weather, of sorts. Every day is different on the sun and it is this aspect of it that is of great interest to aurora watchers.

There is A LOT of science stuff that is going on inside the sun, but thankfully, you don’t need to know about that. It is what is happening near the surface of the sun that interests us. The surface can be very different one day from the next. It can be quite calm one day, and quite violent the next. It all depends on how active it is and how much it changes.

The sun goes through phases of activity, we call these phases solar cycles. Each solar cycle last’s about 11 years, and each solar cycle has a very quiet part, and a very active part.

As their names suggest, solar minimum is when there is really not a lot happening on the sun, it is fast asleep. But solar maximum is when the sun wakes up, it is in a bad mood and it decides to spit a lot of stuff out into the universe. This stuff it spits out (where auroras are concerned) is called charged particles and it is what creates auroras. But as pretty as it is, creating light shows in the sky, it can also be very nasty. It is what stripped away the atmosphere on Mars, and it would do the same to Earth if it had the chance.

Thankfully, earth is protected inside a bubble called the magnetosphere, which deflects most of the nasty stuff, but allows a tiny safe amount of charged particles in that collides with earths atmosphere and causes auroras shows. You are probably thinking that this bubble around earth deflecting all the nasty stuff is pretty cool, but when will that bubble burst? Well the bubble around earth is caused by earth’s core rotating, so it is a pretty reliable bubble, it has been around for millions of years and it will be around for probably another million years. 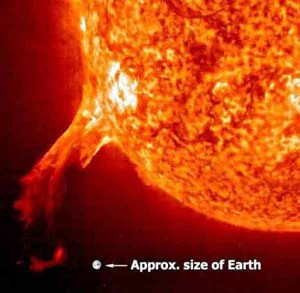 Anyway, back to the sun, when the sun wants to spit stuff out, it is not an easy task. It takes a lot of energy to spit stuff out of its “atmosphere” which is known as the corona. So when it does want to release stuff from its atmosphere, it does it pretty violently. The main ways it does this (that we as aurora watchers are interested in) is by generating sunspots, solar flares and coronal holes. Now there are entire libraries in science departments dedicated to this subject, so I will keep it very brief and focus only on sunspots.

Sunspots are exactly that, they are spots on the suns surface, sometimes they resemble scars, because sunspots are not always round. At solar min, there are very little or no sunspots at all. But at solar max, the sun can be peppered with sunspots all waiting to release a huge amount energy: 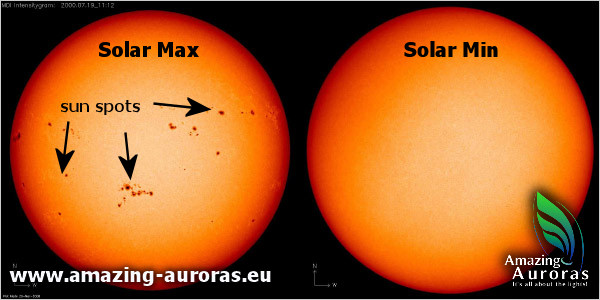 As the sun rotates, so too do the sunspots, and if one of these sunspots decides to “pop” at the exact moment it is in earth’s direction. Then a cloud of nasty stuff will fly out of that sunspot, into space, and towards earth, very fast indeed.

Fortunately , we have many satellites monitoring the sun, and nearly every single sunspot eruption is watched by a satellite that will tell us on earth where the eruption happened and which direction it is heading (whether it will hit earth or not) and how long it will take to get here (typically 2 to 3 days).

Of course having satellites telling us about it is great, but it can’t help us avoid it, it just lets us have a little warning to tell astronauts to get back into the space station because a deadly radiation cloud is heading in their direction. 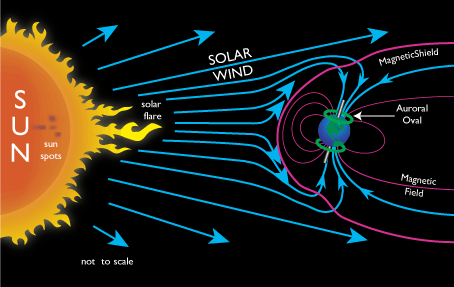 So, now you understand the solar cycle, and solar max is when there is a lot of sunspots (and other release methods) with high chances of one erupting in earth’s direction creating intense aurora shows.

How likely is a large eruption earth directed?

Well it is pretty likely. I can personally think back just a few years when I heard about auroras being visible in Northern France due to a large sunspot eruption directly facing earth which caused level Kp9 geomagnetic storm. It may have been 2008 (when the sun was actually very quiet, this is how unpredictable it is).

But one of the most famous aurora storms in history is known as the Carrington Event. Say those 2 words to any aurora watcher and they will know immediately what you are talking about. It is a really fascinating read. Read it on wikipedia.

If an event on the same scale as the carrington event happened today, you would get sites like this: 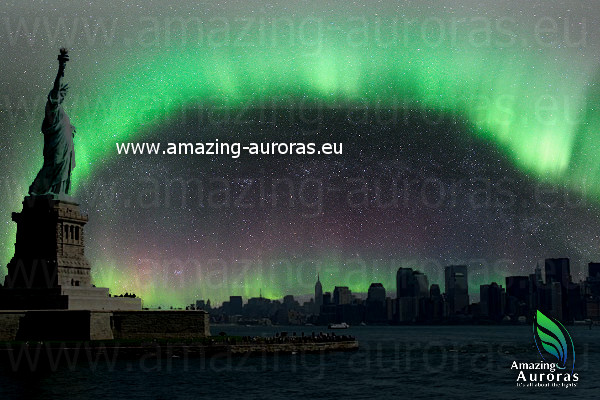 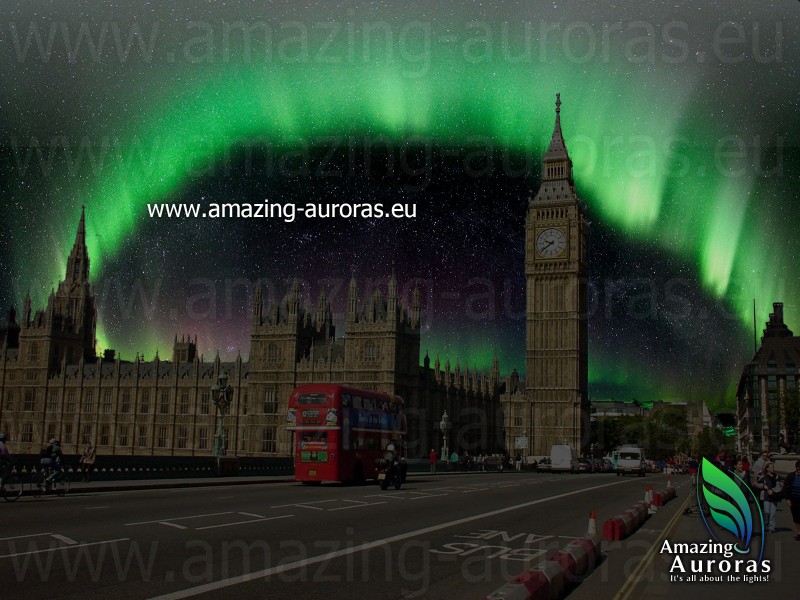 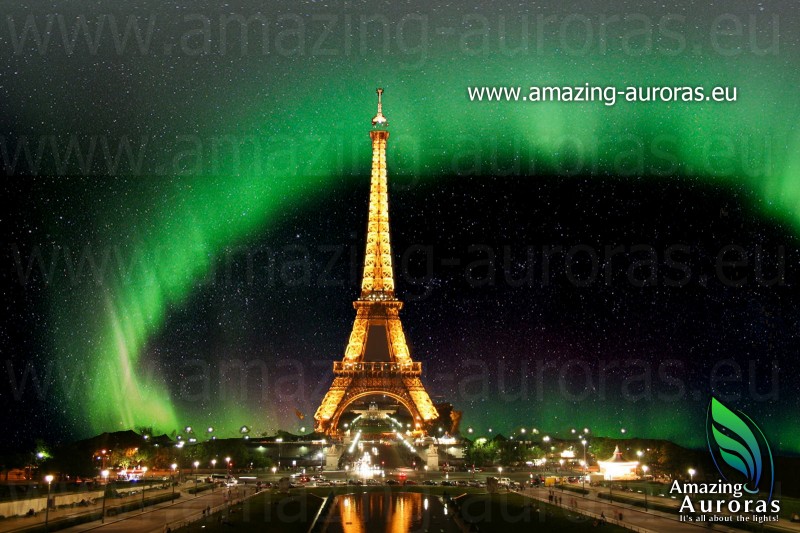 And there is no predicting, if, or when, an event of that size will happen. It could happen tomorrow.

Even if there isn’t another event on the scale of the carrington event, there is still likely to be auroras visible in lower latitudes of Europe than normal.

So the only question left is, just when is the next solar max?

This winter, there will be earth directed explosions on the sun hurling lots of aurora creating goodness towards us. That is almost guaranteed (it happens even when it is not in solar max). But it is a question of, how big will these events be and will we see another carrington event this winter?

Only time will tell…..

If you are interested in the science behind it all, watch these excellent videos:

Since creating this page, some people have challenged us saying it is not possible for auroras in the parts of Europe we mentioned, well, to those people, I suggest you look at the following links. There is so much false information regarding aurora borealis and so many people with opinion on it that do not understand the science behind it. Aurora Borealis can, and does happen in many places of Northern Europe. People who do not understand the science behind it who simply say “it is not possible” are wrong, and unfortunately for those people, they will never get to see the aurora.

But because you are reading this, you now know there is a chance of auroras, and with this website, you will know exactly when to see them! Enjoy the links.

Here are many great aurora pictures taken in Germany over the past few years
http://www.naturgewalten.de/aurorapics.htm