How to photograph the aurora 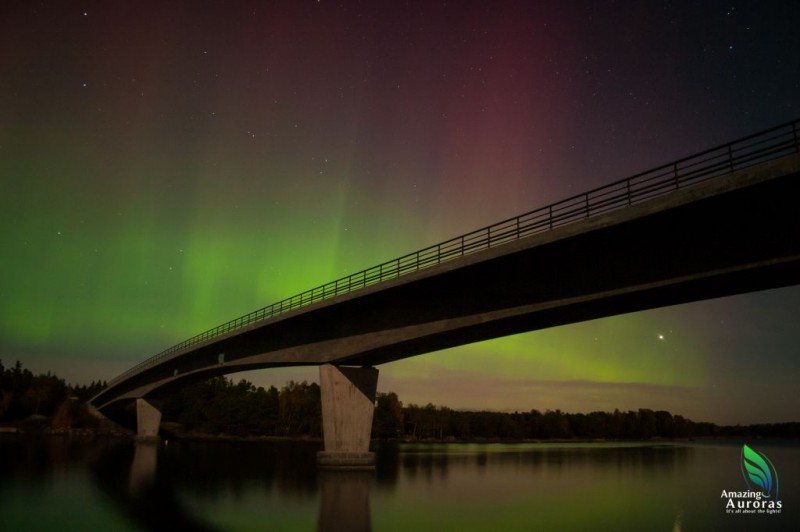 Photographing the southern lights is not so difficult, if a few simple guidelines are followed, anyone can take reasonable aurora pics. Most of it is about understanding your camera (especially it’s limits), understanding a little bit of photography theory and putting everything into practice. We are not pro photographers, but we are camera enthusiasts and have been shooting auroras for quite a few years on various different cameras. So we can pass over our experience to save you time.

I originally wrote this article for photographing aurora borealis, in the extreme cold of Northern Europe (down to -35°C). I have removed some of the serious cold related bits, but I did leave a few important bits in, incase you are planning to travel up there. Everything else applies to both australis and borealis.

Ideally, you will need a DSLR camera for best results. It is possible to photograph aurora with a point and shoot camera. I have done it myself, here is an image I took with a very old Sony 5mp camera point and shoot: 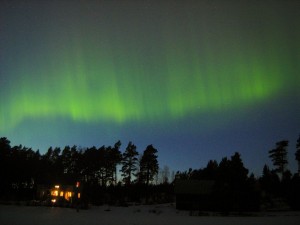 But really, you need DSLR for good results.

So you want to capture good aurora shots to show your family and friends and post to facebook etc. Well, you don’t need anything special really to get good results. For instance I have used a 10 year old Canon DSLR (EOS 10D) with the basic kit lens for many of my aurora shots, such as these: 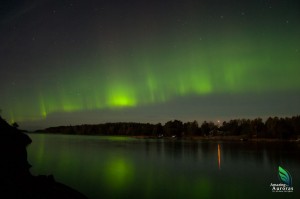 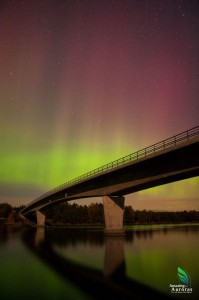 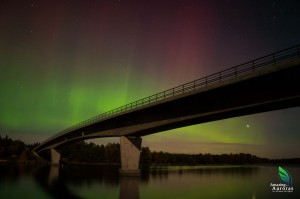 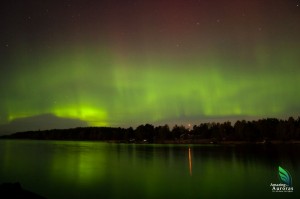 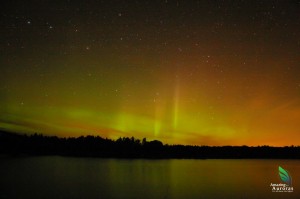 They are nothing special, but they are acceptable. Especially for a camera from 2003. Which I doubt anybody reading this page has an old camera as that, so in theory, if you have a more recent camera than that, you should be getting better images than those above.

Depending on how fast your lens is and how high ISO you can go to on your camera, your exposure times will be at least a few seconds, typically 5-15 seconds.  So you will need a tripod and preferably a remote shutter release, although you can use the self timer if you don’t have a remote. 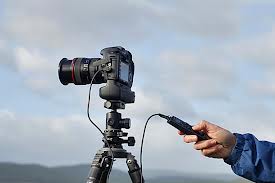 Remote reduces vibrations which can cause soft or even blurred images. Also consider wireless remotes because the rubber cable becomes solid and brittle on cables versions in very cold conditions. 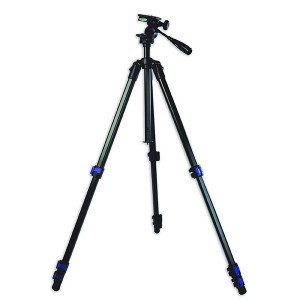 Your camera is very unlikely to be able to autofocus on the aurora. So you will have to use manual focus. If your using a decent lens which has focus markings, it should be reasonably easy. If you using a cheap or kit lens with a front rotating focus ring with no focussing marks, it will be a little more tricky. In this instance, in the day time, focus on something far away using autofocus, something like a tree in the distance or whatever you have where you are and then switch the lens to manual focus. You can now mark these points on the lens with a marker pen, so whenever you do aurora photography in the future just twist the manual focus ring until the 2 marks line up. Alternatively you can put some tape on the lens to stop the focus ring turning. Or just leave it be and try not to touch it (bad idea…).

Personally, I tape my lens. I have used the marker pen trick and the trying not to move the focus ring trick, and they both failed and a whole nights aurora shooting was wasted because they looked ok on the viewfinder, but on the computer they were blurry as hell because the focus ring had moved about 3mm and I didn’t know it. So now I go out in the day time, take a distance shot on autofocus and tape the focus ring tight so there is no chance of it falling out of focus.

The 3rd option for getting accurate focus (and best option if your camera has this feature) is Live view. It is pretty much standard on every DSLR these days. So try to focus on something in the distance and use your live view, zoom in, adjust focus so the image is sharp, and try not to touch the focus ring after this (you could tape it like the methods above).

The aurora is always moving, so if you want to capture detail, you want to have the fastest shutter speed you can. Obviously this means you need to get as much light to the sensor as possible. Which means using the largest aperture your lens will allow. My lens goes to f3.5, but it is so soft, I have to stop it down to f4, if you have a good lens that is sharp at all apertures, then go as big as you can, f3.5, f2.8, or larger if you have it.

The same principle applies to ISO, you want as high ISO as you can, without suffering serious noise. As my EOS 10D is so old, the ISO capability is not great, so I keep it on ISO 800 mostly or ISO1600 on very dark moonless nights, but I have to do a lot of noise reduction afterwards. If you have a more capable DSLR, you can run it at 1600 ISO, 3200 ISO or higher still if it performs well at those ISO’s.

Those two factors will allow a fast shutter speed, which is absolutely crucial to capturing detail in the aurora. The longer the exposure time, the more detail is lost and the more it just becomes a blur of colours. Obviously every aurora show is different, and it can move faster one night than the next, so you may need to adjust your exposure times to suit it. But typically anything from 2 to 10 seconds should pick up a lot of detail in the aurora. More than 10/15 seconds and it will start to lose detail rapidly.

I am including the moon here, because it is a really important aspect of aurora photography. It provides a lot of light and you can decrease your exposure times significantly compared to a moonless night. Also, if you want your foreground to be illuminated, like the bridge in my shots above, then you will require a good supply of moonlight. My bridge shots were shot around 3 days before full moon and exposure times were between 10 and 15 seconds at F4 and ISO 800. Again, if your camera has great ISO capability, you could have gotten this exposure time down to 5 seconds with a higher ISO, capturing even more detail in the aurora bands.

One must be careful to not use the same settings every time for aurora photography. It is evident some photographers get caught in this trap, and on bright nights bathed in moonlight, their shots are over exposed, leading to comments such as “I didn’t know the aurora was visible in daylight” etc… You must revise your settings on the night you are shooting for the best results and nicely exposed shots  (although if you shoot in RAW, you can adjust the exposures in post, but the more you get it right in camera the better).

For best results you should really shoot auroras in RAW. This gives you the cleanest images and they respond excellently to adjustments in post editing. You can of course shoot in JPEG if you like, I have done it myself when I have have forgot to switch to RAW.

Well, I don’t know what camera you have, so I cannot suggest a lens for you exactly. But there are a few things that are good for aurora shooting.

Wide angle – You want to get as much aurora in your shot as possible, so wide sweeping landscapes with long sweeping auroras produce excellent shots. On a full frame camera, anything below 24mm is great. On a crop sensor anything below 17mm is great.

Large aperture - As previously mentioned, you want as much light hitting the sensor as possible, so bigger apertures are better.

Primes – Prime lenses are a favourite amongst aurora photographers. They are usually sharp and due to less lens elements, they usually allow more light in. If you only shoot auroras once or twice a year, it probably isn’t worth the expense and the wide end of your kit or zoom lens will probably do the job fine. 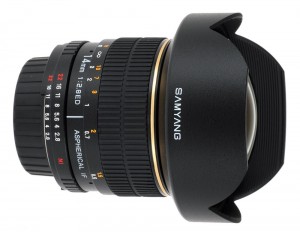 Samyang 14mm f2.8 is a favourite among aurora photographers

Sounds pretty easy so far, but it’s not always plain sailing. There are a few issues that confront aurora photographers. The biggest probably being dew or frost forming on the end of the lens. Dew forms when your lens gets cold and moisture in the air starts condensing on it. It is not evident when you run outside for a few shots as your camera remains warm enough to keep dew at bay, but it is very evident when you are outside for a long time and the camera gets chance to cool to ambient temperature. There are many ways to deal with it, using a lens hood helps, as does using telescope dew heaters wrapped around your lens.

This is the way we deal with dew: 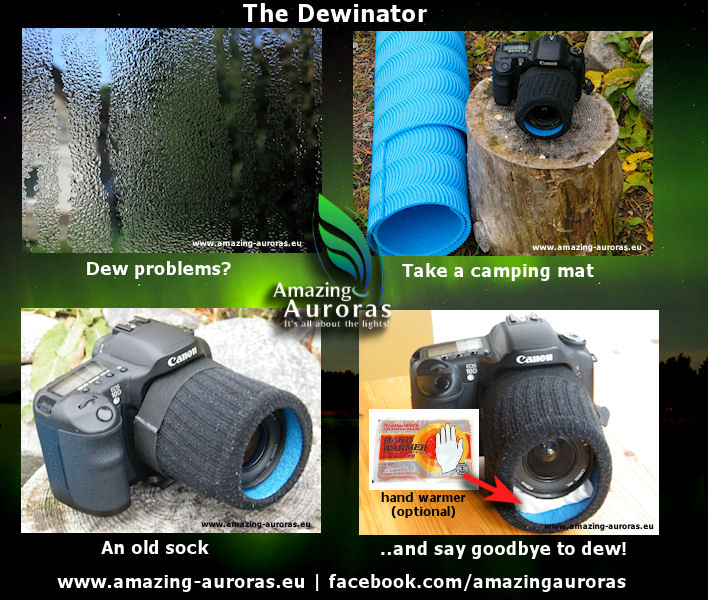 Another issue is the cold. Below 0°C it starts reducing battery life, the colder it gets, the quicker the batteries drain. It is the same principle as your car battery and why it can be dead in winter. So you should have spare batteries. Keep the spare batteries in a warm place until the very last second you need to put them in the camera. This also applies to phones and tablet computers, as they will quickly die in the cold too. Keep anything with a battery in next to your body, in internal pockets and only take them out when needed and quickly put them back in before they get too cold.

If you can’t keep your camera batteries somewhere warm, try and insulate them, there is such things as these neoprene pouches: 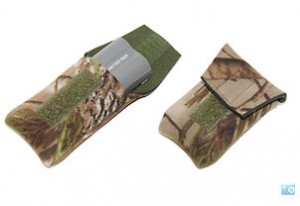 But we just use bubble wrap: 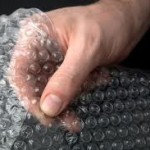 Although it doesn’t look as cool, it does an amazing job of insulating things.

If there is no aurora show and it is quite serious cold -20°C and below, keep the camera in the camera bag until the aurora shows up, wrap it with bubble wrap before you leave the house to limit thermal shock and to keep it from freezing. I have found cameras operate ok down to about -20°C, but when it gets colder than this, they can start behaving strange, turning themselves off, and a follower on our facebook page says his D7000 screen stopped working in serious cold.

You could activate a couple hand warmers and drop them in your camera bag to keep a little residual heat in there. I use these all the time, you snap a metal disc and they heat up solid. Then you boil them in a pan of water for 10 mins to return them to gel and you can use them again. 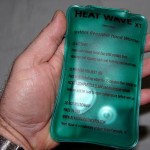 So I hope this guide has given you some information on what it takes to get reasonable aurora pics. The most important thing is that your are warm and safe, no aurora shot is more important than this.

One more thing, don’t spend the whole night watching auroras through your viewfinder/monitor, enjoy them with your own eyes. Put the camera on intervalometer, lie down in the snow and enjoy the show.

2 Responses to How to photograph the aurora